When to shoot does

When to shoot does while managing land for deer

Since we’re talking about managing land for deer, we may as well touch on when to shoot does. By now, everyone knows shooting does is critical. After all, if the buck:doe ration isn’t tight, the bucks kill themselves breeding all the does, there’s no food, mature does are left unbred and the world as we know ends.

I have to cry BS over this. The first part that’s flat out untrue is that breeding a lot of does is more of a strain on bucks than competing for them. In populations with a tight buck:doe ratio the bucks have to work much harder for breeding opportunities. I have no doubt that the extra miles they put on and ferocious fights that result from well balanced herds are significantly harder on their bodies than breeding ever was. Simple logic and common sense dictates that.

Next, most managed land is prime habitat. Here, the carrying capacity of the land is commonly over 100 deer per square mile of habitat when managing land for deer.  The ideal is to keep the population at half that number. So, going on the conservative side for choice Midwestern land, that means that 50 deer per square mile is often perfect. Deer numbers that high do occur, but not as much as we’ve had drilled into our heads. Of course, on marginal habitat, over population can and 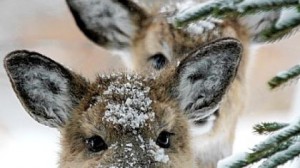 often is a serious issue.

As far as mature does cycling repeatedly, due to a lack of breeding bucks, I cry foul again. This is a subject that outdoor writers Brad and Carol Herndon, Wisconsin outfitter Tom Indrebo and I discussed at this past Archery Trade Association show. The Herndons mentioned that they are seeing antler development stunted on their lease. They reasoned that it’s because their Southern Indiana deer numbers are indeed to high for the habitat and many local hunters do not know when to shoot does.

Upon hearing that, I asked if they’d even seen a buck tending a mature doe in December or January. Keep in mind, between the Herndons, Tom and I, we have around 150 years of hunting experience and many years managing land for deer.

Though all of us had seen bucks on fawns in December and January, none have seen bucks tending does 1.5 year old or older. Keep in mind that, though Tom’s land now has a tight buck:doe ratio, all of us have spent many, many years hunting lands that are as far out of wack as they come. Simply put, does going unbred due to out of wack ratios are so the exception that they aren’t even worth mentioning.

Don’t get me wrong, there are 3 solid answers to the when to shoot does question. One is to lower yearling buck dispersal. At either .5 or 1.5 years of age, just before breeding occurs, the mother doe drives her male offspring out of their birth home range. The result is that they establish a new home range of their own, on average between 1 and 10 miles away. Since habitat managers are striving to produce healthy young bucks, it’s a shame to give them to the neighbors. Before they kick those bucks off is when to shoot does.

The next reason is that bucks indeed have to work much harder for breeding opportunities when the ratio is tight. Though this does make life harder on bucks, it also makes it easier on the hunter. If we are doing our work and killing the less desirable bucks, what we are left with is more gaggers running our properties harder because fewer breeding opportunities exist, and they even have to compete harder for those. Obviously, this increased movement and the increased responsiveness to calling all plays in the hunter’s favor.

Finally, there are many situations where either food is in too low of supply on the property or the property is too small to address deer’s nutritional needs. In either case, you know when to shoot does because the food is running out.. When trying to produce the 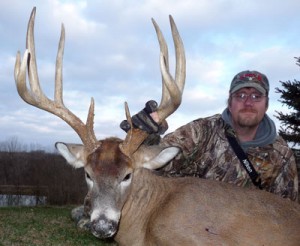 best bucks a property is capable of, ensuring ample nutrition is present is extremely important.